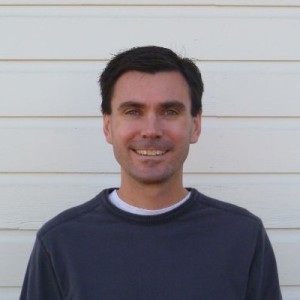 Our office building contained a room at its core that received few visitors. Windowless, black walled, with obsidian marble-tiled floors, it had been called The Mausoleum for as long as we could remember. The place ached of coldness and unforgiving angles, empty as a long-dead ribcage. Then, wracked with remorse over the dissolution of our pensions, senior management rechristened the place The Snack Alcove, going so far as to add a shingle over its door. The demeanor of the room went unchanged, and initially its denizens kept tiptoeing around as though in a minefield, sweat-crazed, jaws clenched. But lines began forming, the alcove occupied at all hours. A room tells you whatever it wants and you tend to believe. Like some, I prefer gazing out the window that is not a window at a skyline tinseled with sunlight. Others feed quarters into phantom vending machines, coins dropping to the floor and rolling toward dust-furred corners. Yesterday I watched a woman peel the wrapper from her imagination and eat the air inside, savoring every crumb, face nearly rapturous with delight.

She returned from the attic in pleated robes to menace him with a bloody scythe. This was his introduction to the Halloween season—this and the pumpkins hatching again in their nests of rotting leaves. How this costumery found its way to the attic he did not know, but the blood on the scythe blade still appeared tacky. His hurricane of distemper had been downgraded to a tropical storm. The storm had dulled to a drizzle sewn to the sky with slender threads, gray water beading the picture window. Maybe we should dance, she suggested, and he met her there at the glass, ducking to avoid the scythe blade, noting her scent: iron and satin plucked from a six-foot plot. At the man’s last appointment, his doctor had removed a mole, and with it a bit of dura mater and underlying brain, the portion affecting short-term memory and distempers. Who was this ghoul attempting to death-dance with him? Why were pumpkins flagellating on the lawn? He could not help but don the bullet-riddled suit and matching rifle he kept in the attic. He looked like Clyde Barrow in Louisiana. The trunk in the eaves was full of these self-afflicted gestures. Meanwhile the pleated ghoul stalked around the pumpkin patch, menacing small children, scythe blade singing its lonesome song.

Where our kind shunned him for his appetites, the others lauded his indulgences as though he were an athlete possessed of a singular prowess, an athlete of appetites. Our kind had the nervous temperament of rabbits. Some of us wore mustaches but of course no other facial hair, which would appear presumptuous. At the library we sat reading newspapers from broken cities. Meanwhile the athlete carried his appetites around like gold bricks in a briefcase. The encouragement from the others became another indulgence, delectable as caviar. The barn sat atop a treeless hill. The others stood just inside, smoking, sipping instant coffee, a dull rain falling. Folding chairs were arrayed around a banquet table where the athlete sat, his appetites casting a waxy gleam. He tried rewarding the spectators’ attentions with a command performance, something lasting, but it was only a matter of time before he came apart and began dripping like paraffin. Amid the tumult, no one noticed who dropped the lit cigarette in the hay.

My house refused to stop burning, which was a shame because I had a host of top-notch explosives in that house, accelerants such as gasoline and lighter fluid, some jet fuel and grenades. The townspeople, myself among them, passed through stages, a grieving process where the fire was concerned. First we felt shocked and dismayed that the house, which had been a part of our community since 1973, was now a blistering inferno. Then we felt mild curiosity over different facets of the fire, like for instance who would have guessed a toilet could liquefy? Finally we accepted there was something sacred in the fire’s quest to soldier on in the face of pressurized water and fireman’s foam. We were—I’ll say it—drawn to things that behaved oddly, yet we also agreed there was nothing gimmicky or show-offy about the fire. Usually the person came first, then the flame to honor that person, but in this case the flame came first and the people followed, setting up lawn chairs, drawing strength from a blaze that peeled away strips of darkness like bandages after a facelift.

The woman whose face was lifted behaved covertly, telling everyone pre-op she was visiting her sister in Sausalito. Only afterward did we watch as she lifted the new face away from her old one like a child’s mask, but instead of a mask’s thin elastic band the new face was loosely knitted to her old one with stretchy tendons. During vespers we caught intermittent glimpses of her under-face reflected in the firelight. It resembled a strip mine, desolate, an affront to nature, yet it held our attention. When we saw the under-face, it brought us back to a primitive state where we had to look up the word dictionary in the dictionary. The fire burned because of some primal gas that emerged from a zipper in the earth’s face. This had become the appointed spot for people to display their medical advances. A man unzipped his jacket to reveal a second zipper running the length of his torso. Some of us averted our eyes while others documented the second skin-filled unzipping. Some looked up the word miracle in the dictionary, others the word monster.

Our needs reached out with separate hands, embarrassing us with their indiscretions. It happened in barrooms and theaters, anywhere the semi-darkness abetted their schemes. We tried amputating the needs from ourselves, sending the squalling things skittering, but we couldn’t divorce ourselves from them so easily. We giggled when they pinched a lovely lady’s unsolicited behind or kissed her when she was drunkenly unaware. Desperate, we signed up for monk classes at the Y. We ran long miles through the parks—to exhaust ourselves, we claimed, though in reality we were trolling for women in provocative workout costumes. We screamed into pillows while our wives played video games. And that was just on Thursdays. In Afghanistan they were teaching women to box. In our own country gorillas were learning sign language. If we couldn’t discard our needs, could we at least attain them some discipline? Then again, maybe we shouldn’t subsume; maybe we needed needs. Weren’t the monks merely trading sex for god? To need for nothing might leave me reeling. Even now, as my drive and desire slipped away like air from the puckered throat of a balloon, I was left wandering without much sense. The crisis of middle-age, which seemed so silly to me at twenty, had lately grown poisonous antlers.

Navy Seals attained high speeds in wind and water. They knew what must be stripped away to form an unhindered line. Their evolution did not involve collecting competing ideas, for they abhorred such clutter. Their evolution was instead a winnowing. If only we could’ve winnowed, the eight of us, a tour group huddled together upon a stone outcropping in the Andes, deserted by our guide who had run off flailing into the night. There were two semi-tame vicunas nearby that nonetheless hissed if anyone drew near. Four of us were underdressed and eyed the vicunas’ coats covetously. Three of us were retirees. Two appeared to have similar tastes in beaded handbags. No one knew much about survival in austere conditions. Just that morning in the Wall Street Journal we had read that the wealth gap between young and old had grown obscene in its hoary-bearded dimensions. What we would’ve given to be lean and hungry like one of those fake skateboarders on a billboard for fake designer jeans. Wait, we were hungry, and eyeing the vicunas carnivorously. What we would’ve given, at least, to be accustomed to hunger.