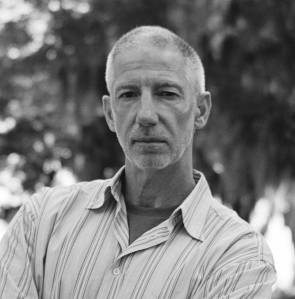 John Capouya is a journalist, author, and Assistant Professor of Journalism and Writing at the University of Tampa. During his journalism career he held staff positions at Newsweek, The New York Times, New York Newsday, and SmartMoney magazine, among other media outlets. He has a M.S. degree from the Columbia University Graduate School of Journalism.

Capouya regularly contributes feature stories and book reviews to The Tampa Bay Times and fortune.com. His current book project is Florida Soul, a history of rhythm and blues music in that state, to be published by the University Press of Florida. His previous book was Gorgeous George, a biography of the flamboyant wrestler and pop culture figure in the 1940s’ and 50’s. Published by HarperCollins in 2008, that book is being adapted into a feature film and a documentary.  His website is johncapouya.com.

Suzanne Williamson is a photographer and installation artist whose work focuses on landscape and the built environment. She is currently exploring Florida’s ancient Native American mound sites for the Florida Mounds Project in collaboration with writer John Capouya. Work from the project was exhibited in an interdisciplinary installation titled, SHADOW and REFLECTION: VISIONS of FLORIDA’S SACRED LANDSCAPES in 2011at the Morean Arts Center, St. Petersburg, FL.

Williamson has exhibited in solo and group shows both nationally and internationally including at the Museum of Fine Arts in Houston, Moore College of Art in Philadelphia, Florida Museum for Women Artists of Deland, Houston Center for Photography, Art in General of New York City and PIEROGI 2000 in Brooklyn. Her work has been reviewed in ARTnews, Creative Loafing Tampa, New York Press and Arts Magazine. Wiliamson’s photographs are in the collection of Trenam Kemker Law Firm in Tampa, the Allan Chasanoff Collection at Museum of Fine Arts, Houston, and the Bibliotheque Nationale, Paris among others.

Suzanne Williamson’s photographic work has been published in Saw Palm Literary Arts Journal, The Tampa Bay Times, American Archaeology, Harpers, Ohio Magazine and Texas Monthly. She studied Anthropology and photography at SUNY, College at Purchase, NY and at the International Center of Photography, NYC. She has received several fellowships to the artist colonies MacDowell and Yaddo, as well as Creative Capital workshop grants from the Florida Division of Cultural Affairs.

Currently an arts consultant in New York City and recent Programming Coordinator for the Tampa Museum of Art, she is the former Photo Editor of ARTnews magazine. Williamson has also directed Ledel and Photograph galleries and managed private photography collections in New York City, serving on the Board of The MacDowell Colony. As part of a collective, Williamson launched a photographic exhibition of the events of 9/11, entitled “Here is New York.” It was installed downtown in New York City, and traveled throughout the U.S. and overseas, raising over a million dollars for charity. Visit her websites www.flmoundsproject.org, and www.suzannewilliamsonphoto.com.

Next: Shadow and Reflection: Visions of Florida’s Sacred Landscapes